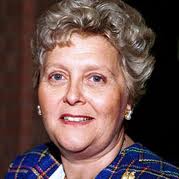 As we approach the 27th anniversary of one of the first “road safety” conferences I ever attended, “Ways to safer cycling” , I recall the words of the key speaker there: Minister of State, Lynda Chalker: “To the  “Three Es” of road safety: Engineering, Education and Enforcement, we should add a fourth “E” – Encouragement – we should be encouraging cycling”. It serves as an introduction to a progress report on current campaigning for cyclists’ safety.

In some ways, we have moved forward since 1985. At the same conference I also remember the words of the Chairman, Lord Nugent of the Royal Society for the Prevention of Accidents (RoSPA), to the effect that the onus of responsibility was on cyclists when it came to cyclists’ safety , because “You’re the ones who are vulnerable”. These words seemed to upset the Department of Transport minders: he was off message then, and you wouldn’t get away with it now. Also, the notorious words of the Chief Engineer from Cambridge City Council: “If you are thinking of cycling in a modern city: don’t”. You wouldn’t get away with that either.

But how much has actually changed?

According to TSGB 0101, DfT 2011  and also TRA 0101/ TSGB 0701, we have had, since Lynda Chalker’s encouragement of cycling in 1985 until 2010, an increase in car, van and taxi vehicle passenger distance travelled of some 48%. All motor vehicle mileage (e.g. including lorries) has gone up by 57%. Cycling distance travelled nationally decreased by about 17%.

Not very effective on the encouragement front. And during this time we had other Ministers voicing support for cycling , such as Norman Fowler, Steven Norris (of the National Cycling Strategy), and of course, John Prescott.  I may have been unfair in exaggerating exactly how much motor traffic went up during his 10 years at the helm – it was probably only 12%, although he had promised to reduce it in June 1997(“I will have failed if in five years time there are not many more people using public transport and far fewer journeys by car. It’s a tall order, but I urge you to hold me to it”.)

I mention this because some people are very impressed by the apparent commitment of some politicians to The Times “Save Our Cyclists” campaign. In particular, Shadow Minister Angela Eagle  has won praise for her passionate words  in support of the campaign. 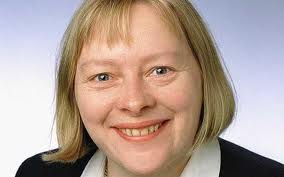 In the Parliamentary debate  she said “What struck me about that was how obvious were the changes we need to see. This isn’t one of those issues that needs a major ideological debate to be won – just some common sense. And a renewed commitment to cycling safety. None of these things needs to be impossible – or even difficult – to deliver. It’s as much about will as money.”

This refers to the rather limited aims of The Times 8 point programme which we have commented on before But even with these limited aims, is it really good enough to say that this is “just common sense”? After all, as Einstein said , one person’s “common sense” is another’s “collection of prejudices”. Is there really no discussion of what transport policy we should have – or “ideological debate” that we should have. As Local Transport Today’s editorial suggests (LTT 591 02 – 15 March 2012): “although the ultimate objective of more and safer cycling may not be controversial, the means of achieving them certainly could be. A parliamentary debate on re-allocating roadspace to cyclists might not generate quite the same harmony as we saw last week“. Yet this is precisely the sort of issue which will have to be raised if we have large scale junction redesign to reduce danger to cyclists.

Political will is, of course, vital. Practitioners are familiar with difficulty in implementing projects due to lack of enthusiasm.  But it is the kind of policies implemented that we need to look at. Anybody reading through this debate would assume that danger existed for cyclists simply because some professionals and politicians were a bit distracted from what they were supposed to be doing. There is no kind of consideration of structural and, yes, ideological obstacles that might exist.

Consider Maria Eagle’s other thoughts on safety on the road: Firstly, she has made a commitment towards increasing the motorway speed limit.

She has also said   she: “was preparing a radical overhaul of Labour’s motoring strategy”. She hopes the policy will “revive its reputation among drivers who accused the party of ‘waging war on the motorist’ while in government.” This includes possible incentives such as paying motorists (through discounts on VED) if they have not been caught by speed cameras.

Is bribing motorists by paying them for not being caught speeding a good way to enforce road traffic law? The big hole in the Times campaign is , of course, that there is no mention in it’s key aims of law enforcement and sentencing with existing law, let alone consideration of changes like stricter liability legislation. And surely, the response to those who think that there has been a “war on the motorist” is, well, to show that this is just not true – rather than going along with that kind of prejudice.

This may be unkind. We have had the promise to oppose the longer lorries legislation that the current Government has passed against massive opposition from professionals and transport and environmental campaigners.

However, as noted above, we have been here before. And, unlike Angela Eagle,  people like John Prescott were actually in Government when they made their pledges.